As the last leg of our time in South East Asia, we spent three days in Bangkok. My friends who has travelled extensively in Bangkok raves about this city and I went in thinking that I would love it just as much as them. Sadly, I didn’t (you can find my rant at the end of the post), but with that being said, there are aspects about the city that my sister and I enjoyed.

We wanted to visit the usual tourist attractions so we headed to the Ko Ratanakosin and Thonburi neighbourhood. Known as the Temple of the Emerald Buddha, our first stop was Wat Phra Kaew. The blinged-out structures covered in gold and multi-colour mosaics is mesmerising and the sheer size of some of the buildings are impressive. With a strict dress code, be sure to have something to cover your arms and legs. The Grand Palace is next door, but most of the buildings are closed for tourists. 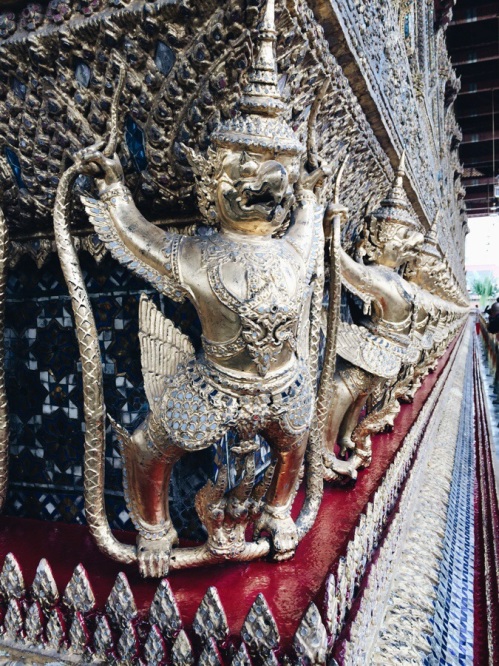 We then made our way to Wat Pho which is about 5 minutes walk from Wat Phra Kaew. It’s an easy walk, any tuktuk drivers who tries to tell you otherwise are merely trying to scam you. Wat Pho is the oldest and largest war in Bangkok and is home to the longest Reclining Buddha which measures 46m long and 15m high! Wat Pho is also the national headquarters for the teaching of traditional Thai medicine (including Thai massage). Our feet were so tired from all walking, we decided to try their foot massage in the massage pavilions located inside the complex. Air-conditioned room + intense foot massage + refreshing cold tea = BLISS! Such an inexpensive Thai massage and I highly recommend it! 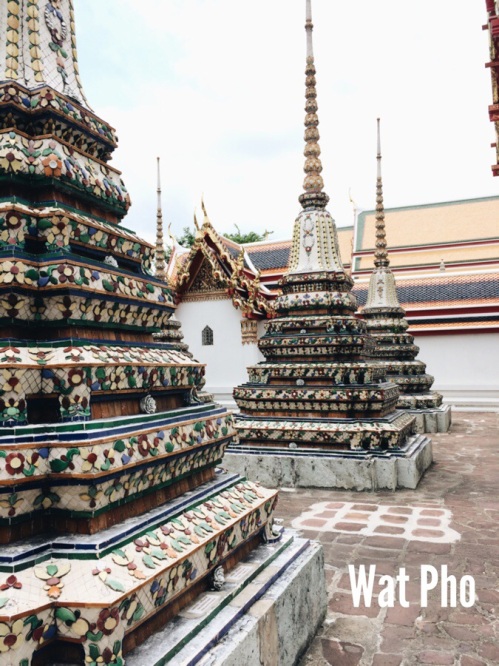 The half hour foot massage meant that we had replenished our energy to move to our next destination, Wat Arun. We took a cross-river ferry from Tha Tien which only cost 3 Baht and took a stroll around the area as well as climbed up Wat Arun. Known as the Temple of Dawn, it is one of the few Buddha temples that visitors can climb. It’s a shame that we didn’t stay long enough to admire the sunset from the temple because of dinner reservations. 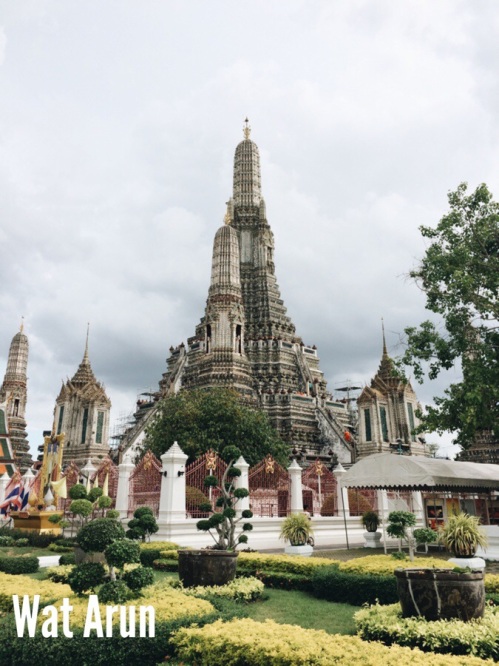 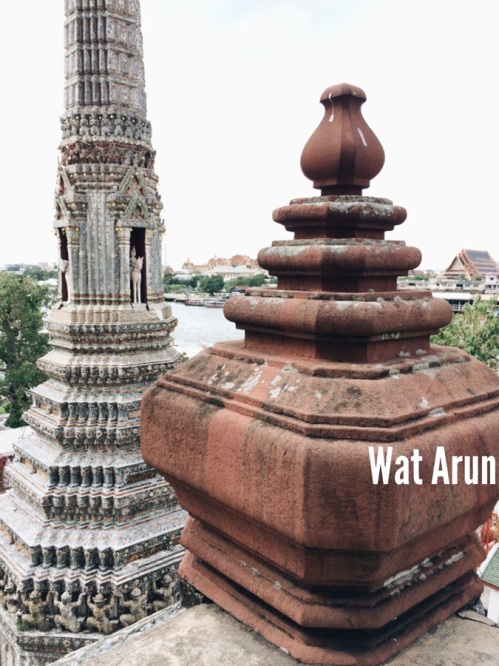 That was about all the sightseeing that we did in Bangkok and this was all done in one day. We experienced the chaotic night life that is Khao Sarn Road and found a busy rooftop bar where we socialised with cocktails while we listened to the live music. We wanted to have drinks at the Banyan Tree Hotel’s Moon Bar but because of the rainy weather, the bar was closed. Instead, we opted for expensive cocktail in Latitude which was also part of the same building.

So, you might be thinking, the place seems nice enough, I wonder what’s so bad about it?! Well, on our first full day in Bangkok, people were trying to scam/con us, left right and centre. We had a taxi driver who kept trying to get us to take a ferry tour to our destination because it was “cheaper” and when we declined over and over again, he refused to switch on the meter and then just dropped us off at a random location where it was even harder to get a taxi. Another one pretended to be lost and circled the block over and over again and some tried to charge us a flat rate which was three times the normal price! We encountered locals who hung around the gates of tourist attractions and told any tourists who walked pass that it was closed (when it was clearly open) and tried to get us to hop on to tuktuks so we could see another sight. Store owners who tried to overcharge us after negotiating the price and some ‘in-your-face’ sellers who desperately wants you to buy their laughing gas or tickets to a ping-pong show.

It was because of these bad encounters that we opted to stay in the hotel for the last day and a half where we enjoyed the inexpensive spa. Massages and facials, bliss! We did venture out when it was time for dinner and Gaggan proved to be a phenomenal dining experience!

I don’t think I will be going back to Bangkok any time soon :(